This KWESST profile is part of a paid investor education campaign.*

KWESST (TSXV:FMV.P) is a technology company focused on developing intelligent tactical systems with military applications. The company’s goal is to become an industry-leading software and equipment company, targeting the modern needs of militaries and homeland security specialists.

KWESST is currently working to develop products designed for large operational requirements in the military, including systems designed for future drone and tactical counter-drone technologies. The company’s products are based on its proprietary Micro Integrated Systems Technology (“MIST”), a collection of sensors, optics, ballistics and software capable of enabling additional mission capabilities. 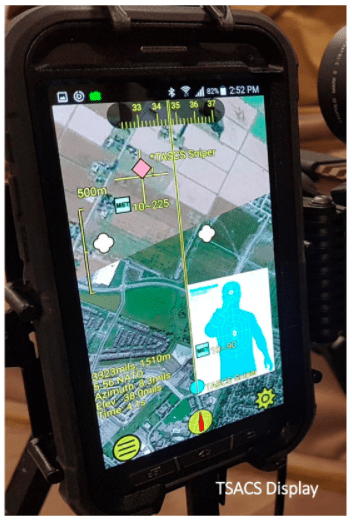 KWESST’s Tactical and Situational Awareness System (TASCS) is a software package that can be integrated or added on to small weapons systems commonly carried by soldiers to enable precise networked surveillance and targeting on a wide range of technical platforms. The technology has the potential to provide targets beyond traditional line-of-sight targeting systems, proving the potential for soldiers to identify targets they cannot see directly. KWESST’s TASCS software can be used as an add-on for drones and counter-drone original equipment manufacturers (OEMs) as well. 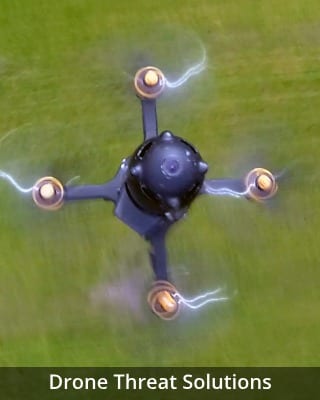 KWESST’s patented drone threat and counter-drone solution DroneBullet ™ is capable of autonomously tracking and neutralizing an enemy drone from any detection source. The technology can be applied as an add-on to existing drone and counter-drone OEMs.

KWESST’s Tactical Laser Defeat System is designed to provide an effective countermeasure for NATO forces, allowing soldiers to emit a high-powered laser that is capable of destroying optical devices or blinding enemy soldiers.

KWESST’s shot counter technology is a software platform with a sensor that enables soldiers to track the shots fired from that specific firearm in order to improve operational performance and conduct routine maintenance. KWESST intends to offer its world-first shot counter technology through a recurring software-as-a-service (SaaS) business model.

Former Canadian RCEME officer, served as System Engineer for three Major Army Crown Projects before moving to the private sector. Nineteen years experience as General Manager of Diemaco / Colt Canada. Expert in the Small Arms and Soldier Systems field as well as all aspects of manufacturing. Formed KWESST in 2017 to pursue opportunities in the networking and digitization of legacy and future weapons systems.

Serial entrepreneur in defence and security industry. Former Canadian infantry officer and senior official with the Canadian and British governments before leading the

global build-out of successive defence and security companies. Founded Simunition, the world leader in simulated munitions for close-quarters combat training of military and police. Led the build-out of AllenVanguard from $5M to $300M, where he remains Chairman. Former Executive Chairman of United Tactical Systems.

A financial professional with broad experience providing CFO, Controller and advisory services to public and private companies in various sectors in both Canada and the U.S. Paul’s early career was as an auditor with MNP LLP and Berdon LLP. He went on to work in Corporate Finance with Brookfield Asset Management, New York. A Certified Public Accountant (CPA) with an HBA in Economics and Philosophy, University of Toronto. Accounting and Finance certificate from Ryerson.

Paul is a 34-year veteran of the high technology sector. He has an MBA in High Technology from Northeastern University and a BA in Economics from Harvard. In 2015, he established Surculus Advisors, a management consulting firm providing advice, leadership, to SME companies in the high-tech sector including aerospace and defence. Prior to forming Surculus Advisors, Paul was a Division President at L-3 Communications (NYSE: LLL). Paul worked as SVP, Business Development at VT Griffin, and President & COO of Proterion Corporation.

Fifteen years in the Royal Australian Air Force. Transitioned to an industry where he has built upon his military experience with 20 + years of Systems Engineering and Program Management with Defense and communications companies such as CAE Inc, Lockheed Martin, General Dynamics, DRS Technologies and Colt Canada.

Mr. Dunn’s career includes being Chief Operating Officer for ARTEMIS, Inc., the Naval Service Lead for Rapid Prototyping at Booz Allen Hamilton, and Director Strategic Development at General Atomics Aeronautical Systems. He is the recipient of several medals and awards during a twenty-year career as a U.S. Marine AV-88 Harrier pilot and mission commander.

*Disclaimer: This profile is sponsored by KWESST (TSXV:FMV.P). This profile provides information which was sourced by the Investing News Network (INN) and approved by KWESST, in order to help investors learn more about the company. KWESST is a client of INN. The company’s campaign fees pay for INN to create and update this profile.

The information contained here is for information purposes only and is not to be construed as an offer or solicitation for the sale or purchase of securities. Readers should conduct their own research for all information publicly available concerning the company. Prior to making any investment decision, it is recommended that readers consult directly with KWESST and seek advice from a qualified investment advisor.