Battery Commodities for the Low-Carbon Revolution

Comet Resources Ltd (ASX:CRL) is an Australia-based resource company working to develop resource projects with exposure to select commodities including gold, copper and graphite. As integral components of the emerging electric vehicle industry, in addition to their extensive use in renewable energy generation, both copper and graphite have a significant role to play in reducing carbon emissions moving forward.

Comet Resources’ flagship Barraba copper project encompasses 2,375 hectares across project license EL8492 near the town of Barraba, 550 kilometers north of Sydney. Comet Resources finalized the acquisition of the Barraba copper project in April of 2020. Under the updated terms of the acquisition, Comet Resources is expected to pay AU$150,000 in cash for the project, in addition to AU$200,000 in shares at $0.01 per share. Following the closing of the agreement, the company announced it had successfully closed a private placement of AU$650,000 at $0.01 per share.

The Barraba copper project sits along the Peel Fault line and encompasses the historic Gulf Creek and Murchison copper mines. The project area is known to contain volcanogenic massive sulfide-style mineralization, with historical workings at the Gulf Creek mine producing high-grade copper and zinc briefly during the turn of the 19th century.

It addition to its flagship Barraba project, Comet Resources recently committed to a binding Heads of Agreement for the acquisition of the high-grade Santa Teresa gold project in Baja California, Mexico. The Santa Teresa project is located in the El Alamo district, which is home to historical production of between 100,000 and 200,000 ounces of gold. The property is comprised of two mineral claims totaling 202 hectares, with minimal exploration conducted on the property. Santa Teresa hosts a non-JORC2 inferred mineral resource estimate of 64,000 ounces of gold grading at 8.7 g/t gold which was reported at a 4 g/t cutoff.

Comet Resources is also developing the Springdale graphite project in Western Australia, which is located 30 kilometers east of Hopetoun. According to the Fraser Institute, Western Australia ranks as the second most attractive jurisdiction for mining investment.

In April 2020 Comet Resources completed the acquisition of the Barraba copper project, a new copper exploration property in New South Wales, Australia. The exploration license covers 2,375 hectares near the town of Barraba, approximately 550 kilometers north of Sydney. The property sits along the Peel Fault line and encompasses the historic Gulf Creek and Murchison copper mines. Historical workings at Gulf Creek produced high-grade copper and zinc at the turn of the 19th century, including grades between 2-6 percent copper to a depth of 150 meters.

Under the terms of the finalized acquisition, Comet Resources has a conditional right to acquire an 80 percent interest for consideration of AU$150,000 cash, AU$200,000 in shares and a commitment to complete a minimum drilling and exploration program within 18 months of the date of settlement. The minimum exploration commitment entails AU$600,000 spend with a minimum of 1,250 meters of RC or diamond drilling. Comet also has the option to purchase the remaining 20 percent interest in the first 36 months for $2.5 million. The company was also required to raise a minimum of AU$500,00 to fund future exploration, a condition that was satisfied by the recent AU$650,000 placement.

Comet is now working on preparing for the initial exploration program as soon as logistical and travel conditions permit. 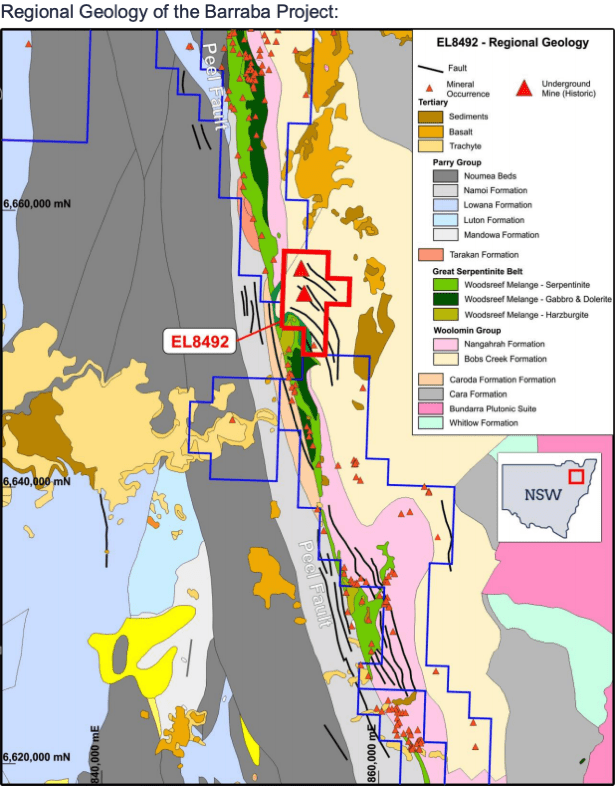 Comet Resources believes that the acquisition of the Barraba property has the potential to serve the global electric vehicle revolution, which is projected to rely on copper for electrical infrastructure. According to the CRU Group, the copper market could see a deficit in the long term, partially due to the growing demand caused by electric vehicles. “Certainly by the mid-2020s, and even slightly before, you’re starting to see some sizable deficits in the market,” said CRU Principal Analyst Robert Edwards.

The Barraba copper project is seen as a complement to the company’s existing graphite project, as both elements can be found in electric vehicles and their related infrastructure. “It is an exciting opportunity for Comet to be able to acquire the Barraba Project as it is in a prospective location and hosts a number of drill-ready targets. We will be working hard to be in a position to test the project’s prospectivity as soon as possible after completion,” said Matthew O’Kane, managing director of Comet Resources.

In June 2020 Comet Resources announced a binding heads of agreement (HOA) with El Alamo Resources Limited for the proposed acquisition of the Santa Teresa gold project located in Baja California, Mexico. Immediately following the signing of the agreement, Comet Resources announced a concurrent non-binding term sheet with Raptor Capital International Limited for gold streaming and royalty financing in order to fund activities at Santa Teresa for up to US$20 million, with an initial minimum investment of US$6 million.

The Santa Teresa project is located in the El Alamo district, which is home to historical production of between 100,000 and 200,000 ounces of gold. The property is comprised of two mineral claims totaling 202 hectares.

Limited historical exploration has also been conducted on the property, including trenching and various prospecting visits conducted by Dakota Mining Corporation, which defined 12 gold-bearing quartz vein lodes over a strike length of 500 meters. Moving forward, Comet Resources intends to focus its work at Santa Teresa on assessing its near-term production potential. The company has also proposed to acquire additional licenses within the El Alamo district, which may be financed by stream financing provided by Raptor.

Comet Resources’ wholly-owned Springdale graphite project is situated on freehold land in Western Australia, with access to nearby infrastructure including grid power, piped gas and sealed roads that lead to the port at Esperance only 150 kilometers away. The Springdale project is made up of tenements (E74/562 and E74/612) within the southern margin of the Yilgarn Craton, which constitutes part of the Albany-Fraser Orogen. 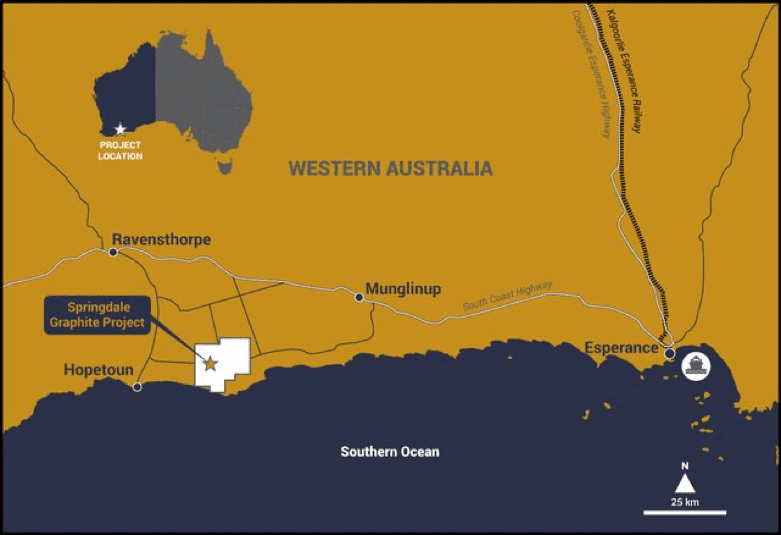 Comet Resources first conducted a first pass aircore drilling program on the property in February 2016, which confirmed the presence of graphite in the Western zone. In September 2017 a detailed aeromagnetic survey was conducted in order to delineate 26 kilometers of stratigraphy deemed to be prospective for graphite mineralization. Less than 20 percent of the identified stratigraphy has been drill tested. 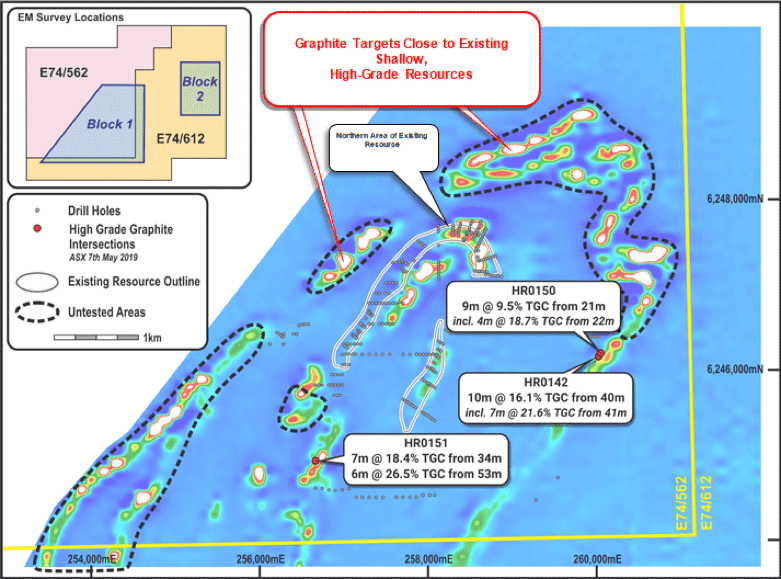 Exploration work on the project revealed the Northern zone as a high-priority drill target. Comet Resources completed RC Drilling on the property between December 2017 and February 2018 and successfully identified high-grade graphite mineralization in the Northern zone. Follow-up metallurgical test work conducted in April 2017 proved that the graphene on the property can be produced by electrical exfoliation.

In December 2018 Comet Resources released a maiden inferred resource of 15Mt at 6.0 percent TGC including a high-grade component of 2.6mt at 17.5 percent TGC, which incorporated the Northern, Eastern and Western zones. The company has since discovered two new high-grade zones of graphite mineralization outside the existing resource. High-grade intersections at Springdale returned 3.23 meters at 51.02 percent TGC from 35.27 meters within 42.5 meters at 17.02 percent TGC from 20 meters. Results of a 2019 drilling program have confirmed that electromagnetic surveys could be used to target shallow, high-grade mineralization. 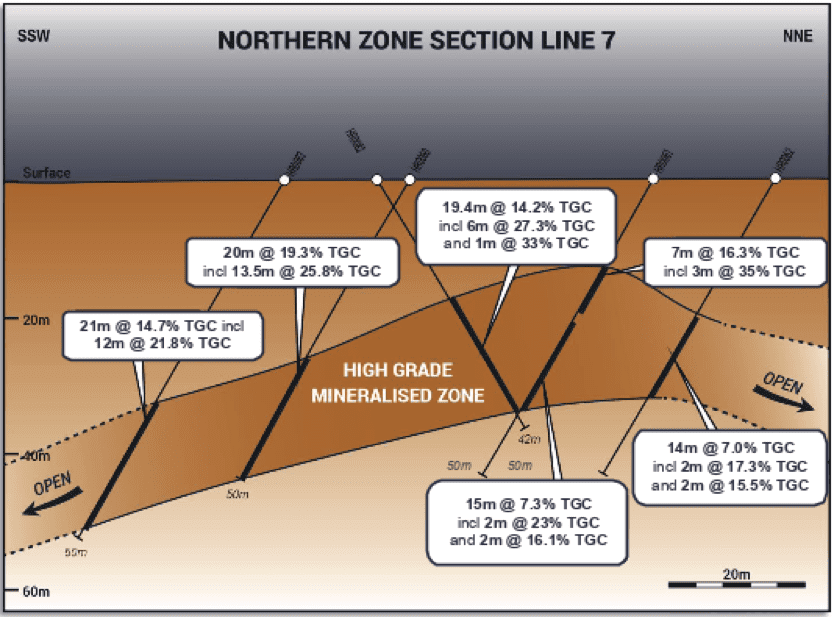 Select drill chips have been taken from the property to assess flake size. Flakes found on the property have reached up to 500 µm in size.

Matthew O’Kane has over 25 years of finance experience in the mining, commodities and automotive sectors. Matthew has held senior executive roles across a range of private and public companies in Australia, USA and Asia. He also spent nine years in Asia, gaining a wealth of experience and contacts in the region over a wide range of commodities from producing companies to exploration and development plays, as well as commodities trading.

Matthew has experience in internal and external financial reporting, forecasting and analysis, long-range planning, internal control and corporate governance, and productive negotiations. Matthew O’Kane has a Bachelor of Economics and Finance, and an MBA, from the Royal Melbourne Institute of Technology.

Mr. Molyneux is an experienced metals and mining industry executive and financier. He is currently CEO of Galena Mining Limited (ASX: G1A), which just over two weeks ago announced a $90 million project equity investment from Toho Zinc of Japan, for a 40% ownership interest it’s Abra Base Metals Project. Prior to Galena, Mr Molyneux completed three-years as CEO of Paladin Energy Ltd. (ASX: PDN), one of the world’s largest uranium companies, where he completed a US$700M successful recapitalization including raising US$115m in new capital and a re-listing of the company on the ASX. Prior to Paladin Energy, Mr Molyneux spent approximately five-years with Ivanhoe Mines Group and Ivanhoe Energy in various leadership capacities.

Mr. Prentice is a senior resources executive with 25 plus years domestic and international experience. David started his career working in commercial and business development roles within the resources sector working for some of Australia’s most successful gold and nickel exploration and mining companies. During the last 12 years, David has gained international oil and gas exploration and production sector experience (with a specific focus on the Mid-Continent region of the United States) working in both executive and non-executive director roles with Australian publicly traded companies. David is the Managing Director of Brookside Energy Limited, Chairman of Lustrum Minerals Limited and a non-executive director of Black Mesa Production, LLC and Comet Resources Limited.

The information contained here is for information purposes only and is not to be construed as an offer or solicitation for the sale or purchase of securities. Readers should conduct their own research for all information publicly available concerning the company. Prior to making any investment decision, it is recommended that readers consult directly with Comet Resources Ltd and seek advice from a qualified investment advisor.