Focused on Silver and Cobalt – Essential Metals in Renewable Energy

Canada Silver Cobalt Works Inc. (TSXV:CCW,OTCQB:CCWOF,FWB:4T9B) has 100% ownership of the past-producing silver-cobalt Castle mine and the 78 sq. km Castle Property with strong exploration upside in the prolific past producing Gowganda high-grade Silver Camp of Northern Ontario.

A notable highlight of recent drilling on the property is the discovery in the Castle East Robinson Zone of massive native silver grades of 70,380 g/t silver (2,053 oz/ton) over 0.3 meters within a broader zone of 4 meters of 7,259 g/t (212 oz/ton).  Further drilling greatly expanded the potential scale of the discovery to a minimum potential 200-meter vein zone vertical extent.

On May 28, 2020, the company announced a sizeable Maiden Inferred Resource estimate of 7.6 million ounces of high-grade silver grading an extraordinary 8,582 g/t (250.2 oz/ton) silver.

Additional drilling is underway and results pending. The Robinson Zone is 1.5 km east of the Castle Mine’s adit and two of its previous mine shafts when it was a past producer in the 1900s. The company intends to restart the mine and is proceeding with various work including permitting towards that goal.  Agnico Eagle Mines Limited (TSX:AEM) operated the mine in the 1980s when it was considered to be the highest-grade silver mine in the camp with an average mining grade of 26 ounces per ton silver and it produced cobalt as a by-product. 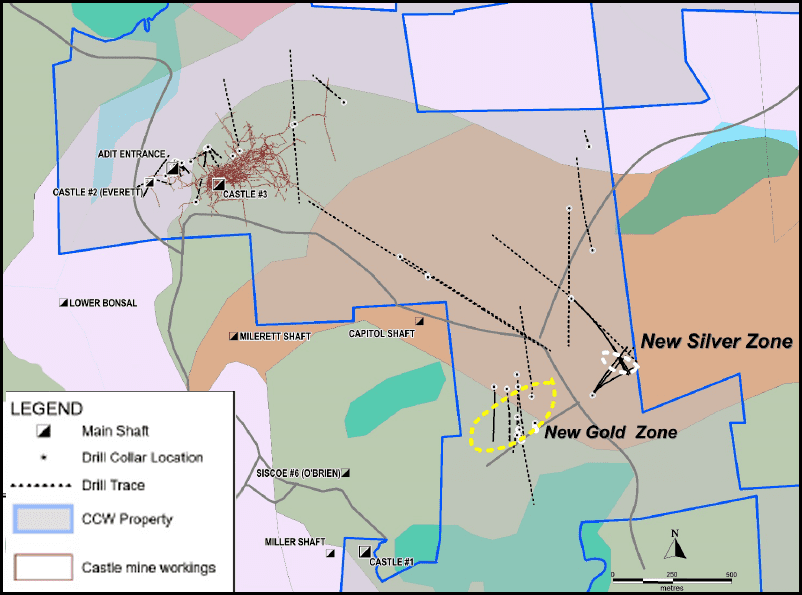 The Castle mine has fully-permitted access for its underground workings, providing the company with a significant advantage when it comes to putting the mine back into production. Canada Silver Cobalt Works is using its adit access for underground drilling and bulk sampling on Level 1 in preparation to resume mining.

In a surprising development, high grade gold of up to 22.7 g/t was unexpectedly discovered – along with high-grade cobalt, silver and nickel – in underground drilling on Level 1 in late 2019 (results announced on January 3, 2020).

In addition to the company’s exploration efforts, Canada Silver Cobalt Works is working on obtaining an amendment to its existing advanced exploration permit so the company can move ahead with its proposed tailings program. Recent testing of material from the Castle mine’s historical tailings pond has returned a calculated head assay of 459 g/t silver and produced a high-purity flotation concentrate grading 18,486 g/t silver with an initial recovery of 70 percent.

Canada Silver Cobalt Works is led by President and CEO Frank Basa, who has over 30 years of global experience in mining and development as a professional hydro-metallurgical engineer with expertise in milling, gravity concentration, flotation, leaching and refining of silver, cobalt, gold and other metals. Basa is also responsible for developing the company’s proprietary Re-2OX hydrometallurgical process, an environmentally-friendly approach to extracting metals without the need of a smelter.

The battery industry has specific criteria that needs to be met in terms of its materials. For lithium-ion batteries it is necessary for companies to produce a 22.6 percent cobalt sulfate with limited arsenic. Canada Silver Cobalt Works has been able to demonstrate that its Re-2OX process is capable of producing a battery-grade cobalt sulfate meeting these industry specifications. With this in mind, Canada Silver Cobalt Works has licensed its technology out to Global Energy Metals Corp. (TSXV:GEMC,OTCQB:GBLEF,FWB:5GE1), providing an additional revenue stream for the company. 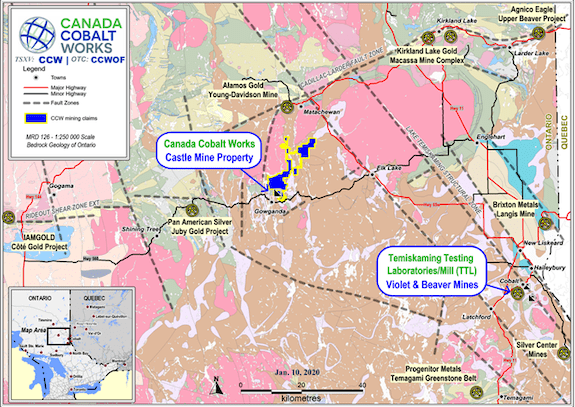 The 78 square-kilometer Castle cobalt-silver project is located in the historic Gowganda mining camp, 85 kilometers northwest of Cobalt, Ontario. The camp was responsible for more than 50 million ounces of high-grade silver production in the 1900s. Infrastructure on and near the property includes year-round access to roads, water, diesel power, three shafts and an adit.

Two geological trends have been identified on the property including a north-south trending Nipissing diabase intrusive, which is the typical host rock for silver-cobalt-nickel deposits in the area, and a potential gold trend along the Bloom Lake fault.

The project hosts the historical Castle mine, a former silver-cobalt mine that has reportedly produced 300,000 pounds of cobalt and 9.5 million ounces of silver. Historic underground ore grades averaged 25 ounces per tonne silver between 1923 and 1930 and 26 ounces per tonne silver between 1979 and 1989. The Castle mine’s previous owner, Agnico Eagle, ceased production in 1989 due to low silver prices (in the range of US$6 per ounce).

The Cobalt camp is primarily comprised of cobalt veins that contain varying amounts of silver. In the past, miners focused on veins that contained high-grade silver and ignored the low-grade silver veins even though they contained high-grade cobalt. Cobalt was not considered important at the time and routine drill core assays only focused on silver content. 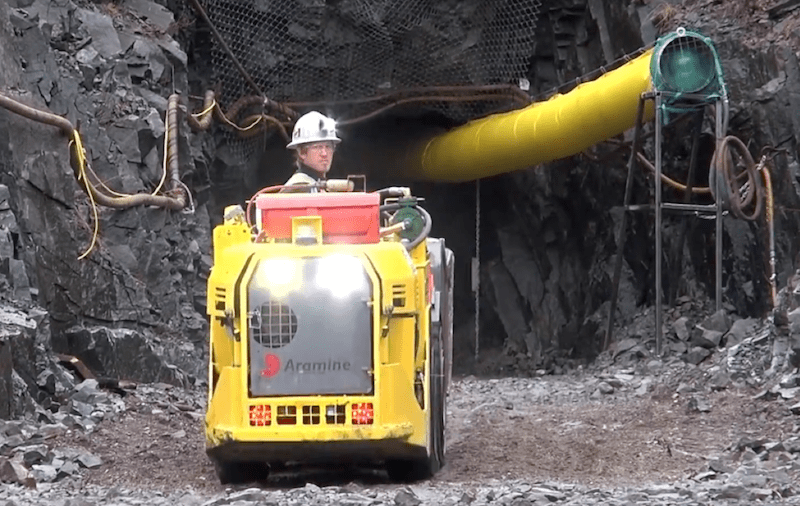 Despite the past-production at Castle, the property remains largely underexplored and may host several significant high-grade underground cobalt and silver deposits.

The previously discovered 800-meter Castle Golden Corridor zone is located about 1.7 kilometers from the Castle #3 shaft and has a geological setting similar to the past-producing Kirkland Lake deposit (40 million ounces of gold) located 75 kilometers to the northeast. The zone is highly prospective for high-grade hydrothermal-related gold systems with copper. The zone has been drilled to a depth of 300 meters. 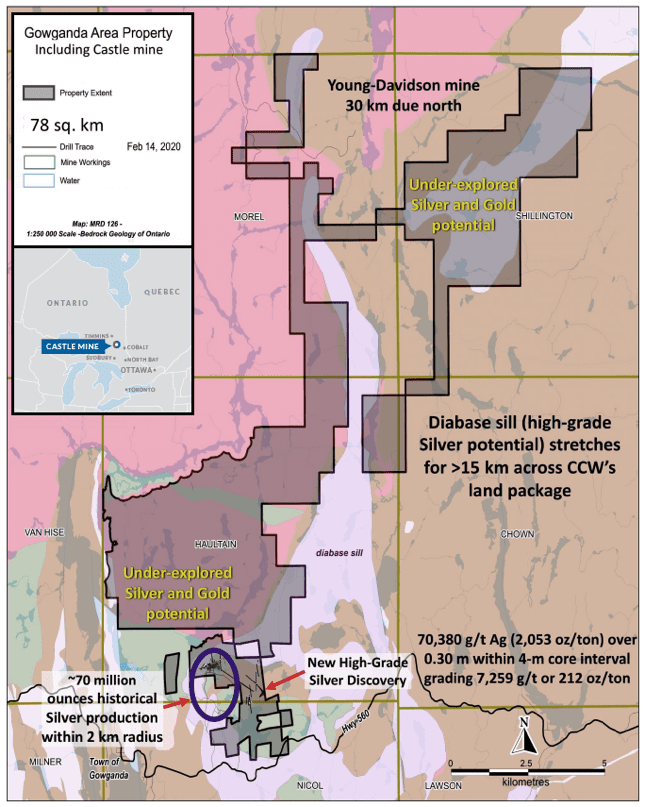 Throughout 2018 and 2019, Canada Silver Cobalt Works has been conducting underground drilling at the Castle mine. Twenty-five percent of the assayed holes returned high-grade intercepts of 1.77 meters grading 1.05 percent to 3.7 percent cobalt. Additional drilling highlights include:

Management has begun permitting work with the aim of constructing a state-of-the-art 600 tonne per day gravity flotation cyanidation mill at Castle.

The 23,000-square-foot facility provides bullion pouring, bulk sampling, commercial assaying and e-waste processing services to the numerous mining operations in the area. The facility is also capable of processing mixed computer boards through its shredder and ball mill to recover precious and base metals.

The building is located near the company’s Castle and Beaver mines and will host Canada Silver Cobalt Works’ headquarters and proprietary Re-2OX process.

The company has poured three 300-ounce silver bars in a proof-of-concept test at the facility. The test was able to prove that the Castle mine has the potential to produce silver as well as cobalt from the underground and surface waste material and tailings. The pilot plant at the Castle mine separated leaf silver and created a silver gravity concentrate from mineralized waste material. The concentrate and silver leaf were smelted at the lab before forming the bars.

Canada Silver Cobalt Works was also able to recover cobalt from the same mineralized waste material using its Re-2OX process. The recovered materials were then sent to SGS Lakefield to produce a cobalt sulfate. The company plans to ramp-up its operations to produce 1,000-ounce silver dore bars in the near-term. 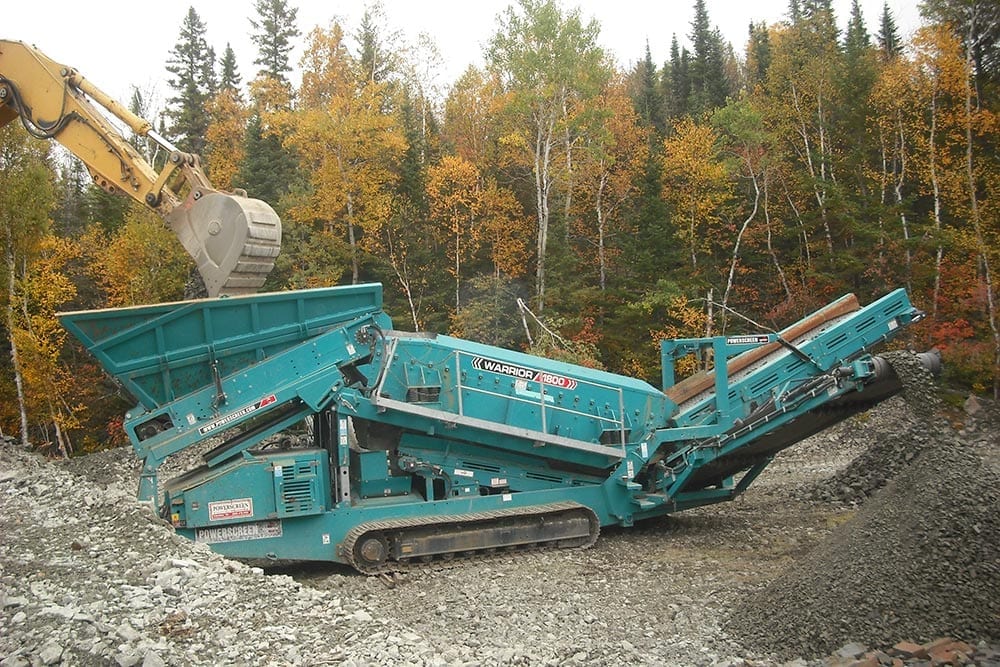 The Re-2OX hydrometallurgical process is designed to recover multiple metals and elements from all types of feedstocks with varying chemistries. The process was developed by Canada Silver Cobalt Works CEO Frank Basa in conjunction with the National Research Council of Canada (NRC), Canada’s premier scientific research organization.

To date, Canada Silver Cobalt Works has produced a cobalt sulfate in the lab and is working on developing other products for potential customers that utilizes the Re-2OX process. To this aim, the company has been conducting advanced-stage testing on the process with SGS Lakefield to determine the viability of recycling spent lithium-ion batteries. Canada Silver Cobalt Works believes that the Re-2OX process can help fulfill the demand for ethically-sourced cobalt, creating compelling opportunities in the battery and renewable energy sectors.

In May 2018, Canada Silver Cobalt Works announced that the Re-2OX process had successfully recovered 99 percent cobalt and 81 percent nickel from a composite of gravity concentrates. The process was also successful in removing 99 percent of arsenic, placing the company in a competitive position as battery manufacturers prefer to use cobalt with low arsenic contents. 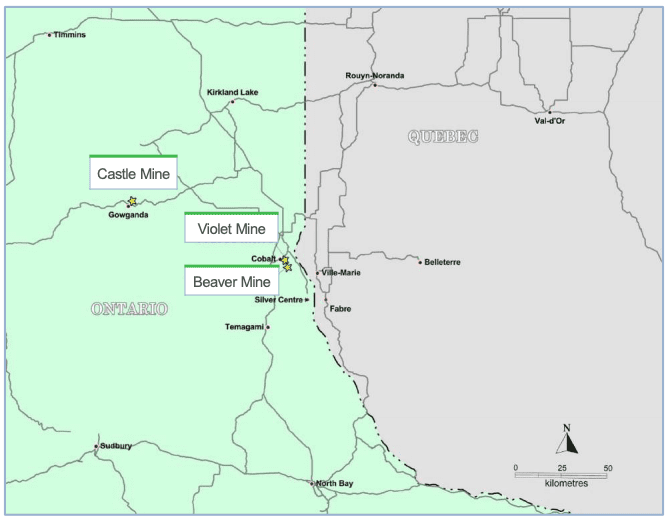 The Beaver silver-cobalt project is located in Ontario’s historic Cobalt mining camp, adjacent to the former Timiskaming silver mine and approximately 80 kilometers southeast of the past-producing Castle mine. The project itself includes a former producer, the Beaver mine, which produced 7.1 million ounces of silver and 139,472 pounds of cobalt from 1907 to 1940.

This follows sampling of historical waste rock and tailings at Beaver in 2013 that returned 7.98 percent cobalt, 3.98 percent nickel and 1,246 g/t silver. 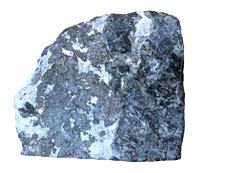 Frank Basa has over 28 years’ global experience in mining and development as a professional hydro-metallurgical engineer with expertise in milling, gravity concentration, flotation, leaching and refining of silver, cobalt, gold and other metals. He is a member of the Professional Engineers of Ontario and a graduate of McGill University. Basa has been the Chairman, Chief Executive Officer and President of Granada Gold Mine Inc. since June 18, 2004.

Mr. Halliday first joined Canada Silver Cobalt late last year from Kirkland Lake Gold where he served as resource geologist. A graduate of Dalhousie University in 2007, Mr. Halliday honed his skills for almost eight years with SGS Geostat, known as global leaders in orebody modelling and reserve evaluation. In 2016 he was part of the SGS team that pushed machine learning into the geological realm and claimed top prize in the $1 million Integra Gold Challenge.

Thomas Devlin brings to the company over 40 years of accounting and management experience in the investment and junior resource industries. Devlin has been Chief Financial Officer of Granada Gold Mine Inc. since July 3, 2009.

Dianne Tookenay holds a Certificate in Mining Law from the Osgoode Hall Law School, York University, a Joint Masters of Public Administration from the University of Manitoba, a Bachelor of Administration from Lakehead University and Native Band Management and Indian Economic Development Diplomas from Confederation College Applied Arts and Technology. Tookenay’s experience, knowledge and deep roots within the First Nation communities will continue to add significant value to Canada Silver Cobalt Works’ development efforts over the coming years.

Jacques Monette is a career miner who has been engaged in every facet of underground mining for more than 40 years. His previous positions included Shaft Project Coordinator with Cementation Canada Inc., Vice President of Operations/Mining Division for Wabi Development Corp., Vice President of Development for CMAC Mining Group, Operations Manager for Moran Mining and Tunneling, as well as Area Manager for J.S. Redpath Group.

Robert Setter is the former Senior Financial Editor for Report on Mining. He brings an extensive business, marketing and analysis background to the company, is a graduate of UBC and holds a BA in Economics. Setter serves as Corporate Research and Analytics for Granada Gold Mine Inc. since 2012.

Annemette Jorgensen brings over two decades of public company corporate development, finance, media, and public relations and investor relations expertise. Jorgensen has served on the board of Granada Gold Mine Inc. since April, 2012. As Manager of Debentures Investments with Samoth Capital Corporation, Jorgensen was responsible for raising over one million dollars per month.

Marc T. Bamber, based in London, England, has nearly two decades of successful deal-making experience in the capital markets, with a primary focus on the resource sector, and will use his international connections to help spearhead an aggressive corporate development strategy pertaining to Canada Silver Cobalt’s proprietary Re-2OX Process (refer to April 30, 2019, news release).

*Disclaimer: The profile provides information which was sourced and approved by Canada Silver Cobalt Works in order to help investors learn more about the company. Canada Silver Cobalt Works is a client of the Investing News Network (INN). The company’s campaign fees pay for INN to create and update this profile page, to which links are placed on Investingnews.com and channel newsletters.